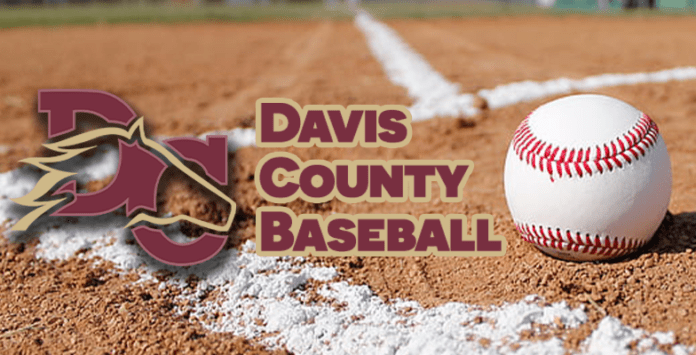 After relinquishing a one-run lead in the top of the 7th inning, Davis County rallied in the bottom of the inning but could not complete the comeback and the Mustangs were edged by Chariton 10-9 Thursday night.

A five-run outburst by Chariton gave the Chargers a 10-6 lead in the 7th inning. The Mustangs started the bottom of the frame with singles by Noah Zmolek and Dalton Reeves. Gavin McCall then hit his second homer of the season to bring Davis County within a run. The Mustangs managed to get the tying run to second base but were unable to drive it in.

Mustang senior Caden Hill was 3-4 at the plate. His three-run homer in the bottom of the 4th inning gave Davis County its first lead of the game, 4-3.

The Mustangs’ (3-4, 2-2 in South Central Conference) three-game winning streak comes to an end. Chariton evens their record at 2-2 with a 2-1 mark in the SCC.

Davis County wraps up the week with a Friday night home game versus Keokuk.