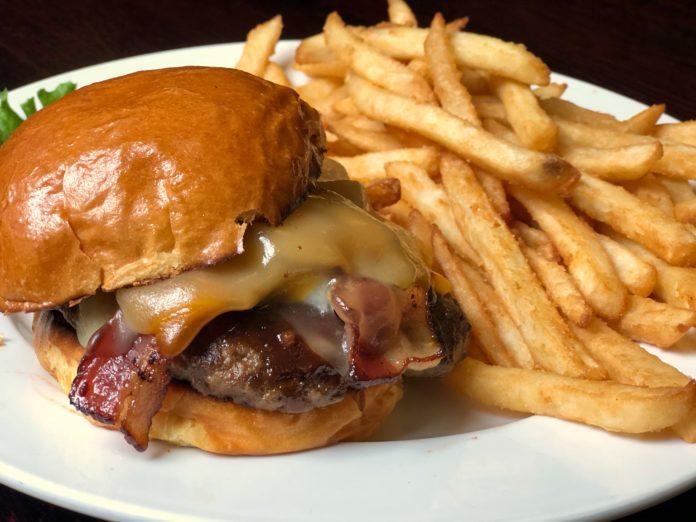 The field for Iowa’s Best Burger in 2020 has narrowed to ten and a restaurant in Centerville has made the cut.

Lucile’s Steaks and Spirits was the eatery selected after a month-long nomination process which allowed Iowans to vote for their favorite burger. The annual contest is held by the Iowa Industry Beef Council and the Iowa Cattleman’s Association.

Tena Stansberry, general manager of Lucile’s Steaks and Spirits and The Continental Hotel, was taken aback by the news.

“When I got the call, I was speechless,” said Stansberry. “I know our staff was pretty excited about the campaign and a lot of our regulars took the time to vote. But I was pretty impressed that a restaurant in Centerville could make the list out of all the restaurants across Iowa.”

According to Lucile’s, the restaurant seasons their burgers with a blend of house spices. One of their most popular burgers is The Drake (pictured above). It features applewood bacon, hickory bourbon sauce, cheddar, and swiss on a brioche bun.

The next stage of the competition will involve a secret panel of judges visiting the top 10 restaurants to try each burger. The judges will then determine which eatery has the best burger in Iowa.

Vista Woods: Outbreak Status is Over